This case has been inspired by events in the Torres Straits and details have been changed to ensure patient anonymity.

It was a quiet afternoon in the Emergency Department when a call came from the Ambulance Office informing us of 000 call from a boat out on the reef. “We’ve been told told that there are two young men out there who are both unwell and feel like they are going to die.” We didn’t receive much more information than that, and waited until a helicopter went to retrieve them, where they were both winched from the ocean. 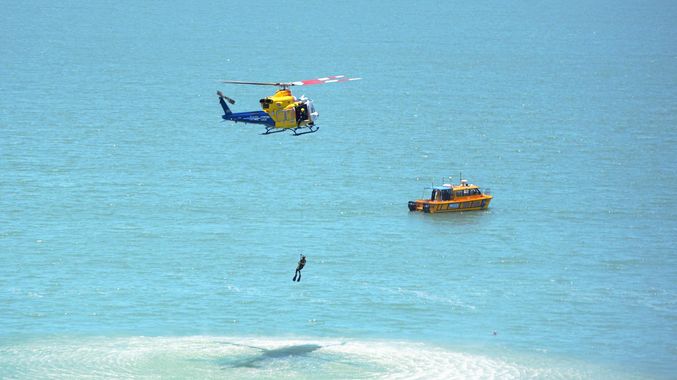 On arrival to the Emergency Department both men were screaming out in pain. The paramedic informed us that they both had received at least 100mcg of IV Fentanyl with minimal response. These young men were otherwise well and had been crayfish diving out on the reef that day. Within 30minutes of emerging from the water they both developed very similar symptoms: severe chest, back and abdominal pain, nausea, vomiting and an impending sense of doom. Nil trauma, consumption of unusual foods, or recreational drug-use. Neither remember being stung by anything whist diving and both were wearing full diving suits.

Both men looked unwell, diaphoretic and crying out in pain in between violent vomits.

Both had generalised abdominal pain on palpation, nil guarding or peritonism.

Cardiovascular, respiratory and back exams unremarkable.

What are your differential diagnosis?

How would you approach this patient?

Both men eventually stabilised with large volumes IV analgesia and antiemetics. Their observations normalised and venous blood gas, troponin, full blood count and electrolytes were all within normal parameters. After several hours in the department they both developed parasthesia and pain around chin and neck. A fine peticial rash emerged around their chin and neck. Have you worked out what is going on? To those who work in the tropics the diagnosis will be evident: Irukandji Syndrome.

In addition to the analgesia and antiemetics both patients were given IV fluids and IV magnesium (10mmol bolus in 100ml normal saline over 10 – 15 mins, then 5 –10mmol per hour as an infusion for 4 hours). They were monitored overnight and by morning all their symptoms had completed resolved, ready to go crayfish diving again!

Pearls from the Torres

Irukandji Syndrome is the collection of symptoms that result after envenomation of an Irukandji Jellyfish (Carukia Barnesi). This is the the most common causative jellyfish but other species can also present in a similar fashion. They are about one cubic centimetre in size and are too small to be seen in the water. Irukandji Jellyfish live in tropical waters around Australia, Paupa New Guinea and South East Asia. It is named after the Irukandji people, Aboriginal Australians who live in North Queensland. An Irukandji sting is often minor and there is little or no cutaneous reaction. The onset of symptoms can occur hours after the sting and include severe pain affecting any part of the body, most commonly the back. Patients will also develop dysautonomia with sweating, tachycardia and hypertension. Severe envenomation can result in cardiogenic shock, pulmonary oedema, cerebral haemorhages and death. Management includes analgesia, antiemetics and antihypertensives if severe of persist hypertension. Here in the Torres Straits we use IV magnesium for analgesia, although the evidence is conflicting.

Wearing a stinger suit whilst in tropical waters can prevent stings from these little critters. Unfortunately in this case the divers were stung where their divers suit didn’t cover – around their face.

A 62-year-old Male with Dreadful Dysuria

Multi-Dinghy Multi-Trauma: Triaging a multi-casualty with a phone and some blank paper

24 Hours as the On-call Doctor in the Torres Strait